Nonprofits have a lot going on. So, naturally, they have a lot to say.

No one knows this better than Mari Irizarry, Director of Communications for Reel Works Teen Filmmaking, an organization dedicated to giving teen filmmakers the resources they need to make sure their own voices are heard.

With mentors, programs, screenings, and upcoming videos, Reel Works depends on Email Marketing from Constant Contact to stay in touch with supporters.

Over the years, Reel Works has grown and changed. The organization’s email newsletters are no exception.

Here are the three things that Mari learned over the years:

1. An email newsletter isn’t the same as a regular newsletter 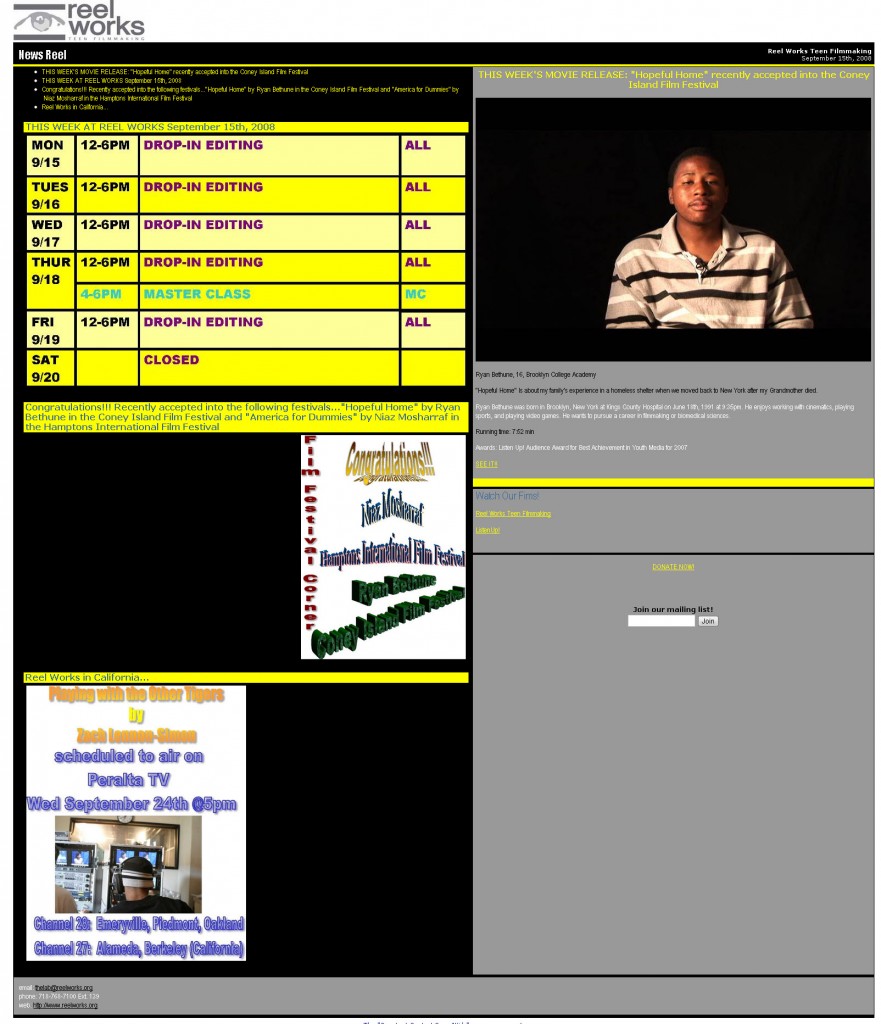 “We thought emails had to mimic newsletters,” Mari says. “But, considering the way people consume media and information on the internet, we decided it’s more about grabbing their attention. It’s not about creating a big newsletter with different links and pages and other material.”

Emails from Reel Works slowly evolved into focused, concise newsletters. Rather than seeing a dip in awareness because the newsletter only featured some of the nonprofit’s initiatives, Mari saw much higher engagement among supporters.

“We found out that the longer the email was, the less likely it was for people to actually get the information in it. If we send out emails about a specific topic, then it can reach the right people a lot better.”

Finally, Mari started to think about how to use an email newsletter as a way to express Reel Works’ projects in both words and images.

With the new Nonprofit Newsletter template, Mari was able to take all of the design tips she had learned and easily create the Reel Works newsletter that goes out today: 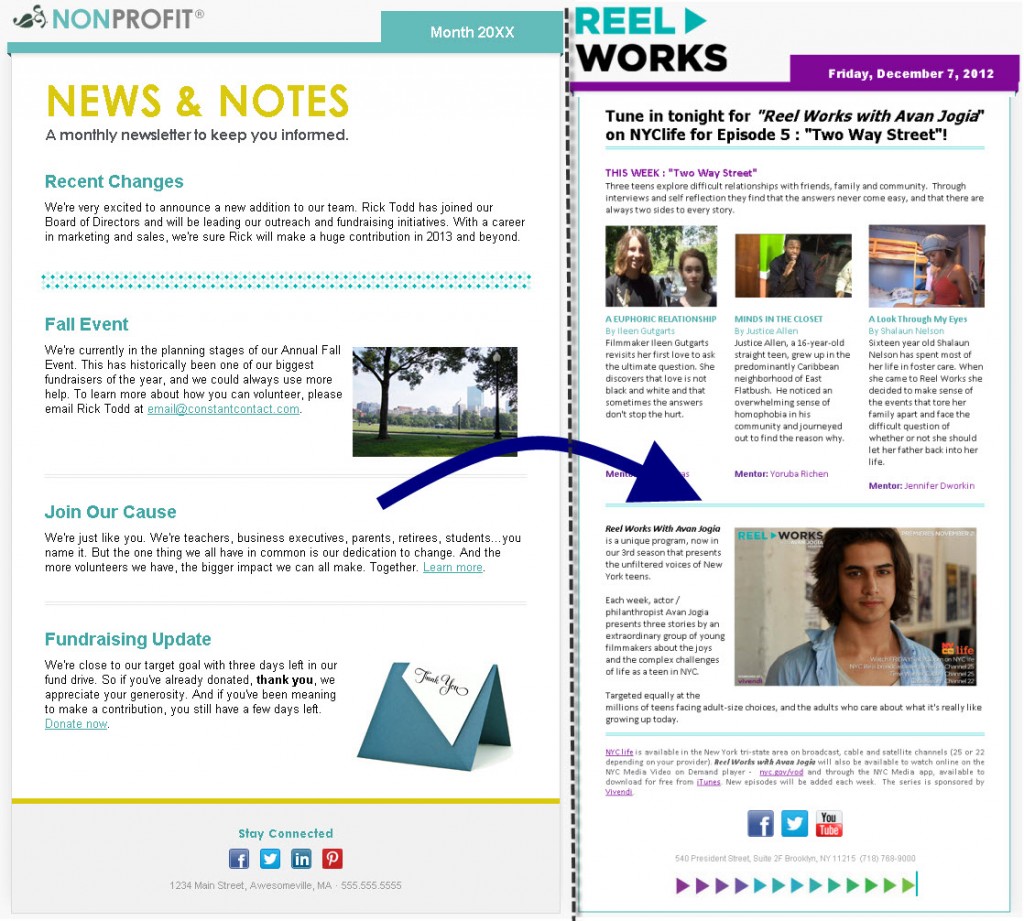 As Reel Works has put more time and effort into email marketing, direct mail has become less of a priority than before.

“Over the last four years, we went from sending physical mailings about ten times a year to 1,500 people to just doing it once,” Mari says. “Otherwise, we just upload the videos to YouTube and share them through our email newsletter.”

She estimates that changing from direct mail to email has saved Reel Works about $18,000 each year. Not only that, Mari says that more and more emails are getting shared through social media.

So, in addition to the 1,600 contacts on the Reel Works email list, there’s an even bigger audience who sees the newsletter on Facebook and Twitter … which means that, overall, email marketing has helped Reel Works build an audience and cut costs at the same time.

Do you have an automated email drip campaign for your real estate work? Or maybe have drip campaigns set up, but they’re not getting much Read More >>

12 Tips for Creating the Best Email Subject Lines (with Examples)

Email subject lines are arguably the most important component of your emails. After all, the subject line is what subscribers see in their Read More >>