Could Facebook Have a Future in Search? And Other Hot Topics 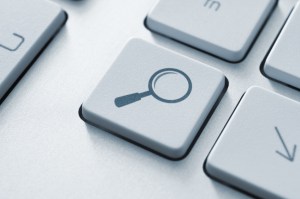 Could Facebook ever challenge Google in the world of search?

With over a billion searches happening on the social network each day, it may not be so far-fetched.

Also, Promoted Tweets may finally make sense for small businesses and YouTube Channels are getting a facelift.

Read about these top stories and more in this week’s news roundup.

Speaking at TechCrunch Disrupt on Tuesday, Facebook CEO Mark Zuckerberg said that the social network processes more than one billion searches every day.

Zuckerberg also said that the Facebook team is already focused on creating a more robust search feature for its users but that no plans for an official rollout have been made.

Bottom Line: Zuckerberg had this to say about the possibility of an expanded Facebook search tool:

“Facebook is pretty uniquely positioned to answer a lot of questions people have. [The type of restaurants friends like] are queries you could potentially do on Facebook if we built it out.”

Consumers are already relying on Facebook to search for your business —make sure you’ve taken all the steps to set up a Page you want them to find.

Twitter’s Promoted Tweets just got a heck of a lot more appealing for small businesses.

Announced on Wednesday, Twitter will now let marketers target Promoted Tweets and Promoted Accounts based on specific locations. This is something that has been offered to advertisers on Facebook for some time, but until now— marketers have never had the ability to target users in their area.

(Geo-targeting should be available to all Twitter users in the coming weeks.)

Bottom Line: The ability to target tweets based on location could be a game changer for small businesses. Until now, Promoted Tweets and Promoted Accounts have only operated on a global scale—letting companies reach wide audiences, but not necessarily the audiences that will help them grow their business. Geo-targeting could change that for the better.

A new redesign to YouTube Channel pages is expected to make it much easier for users to find the videos they’re looking for. Channel pages will now feature a single “Browse videos” tab, which will allow for a much more simple navigation experience than the old pages, which required users to navigate three separate tabs.

The “Browse videos” tab will now house all Channel activity, including uploads, playlists, likes, and comments.

The new design has just started rolling out on Channel pages and should be available to all users in the coming weeks.

Bottom Line: Navigation has been a long-standing problem with YouTube’s Channel pages. A simplified user experience could increase the likelihood that people will visit your page and use the “Browse videos” tab rather than the main YouTube “Search” bar.

4. GoDaddy apologizes for massive outage with one free month of service

Web service provider GoDaddy suffered a major outage on Monday, which brought down thousands of sites across the web. GoDaddy hosts more than 5 million user sites—many of which belong to small businesses.

In an email sent to customers on Wednesday, GoDaddy CEO Scott Wagner apologized for the outage and offered all affected users a free month of service. If your business was affected by the outage, you should have received an email with a link to redeem a month’s worth of credit.

Bottom Line: As important as your website, email marketing, and social media is to your business—you can’t limit your customer engagement to online interaction. If your business was impacted by the outage, you know how detrimental a failure of these networks can be. Make sure your business is prepared for the worst.

Yelp announced a new feature this week, which will allow businesses to sell gift certificates right from their Yelp business page.

These gift certificates will sell for face value (as compared to local deals) and can only be run by businesses that have claimed their page on Yelp.

Yelp will also charge a 10% fee for the service.

Bottom Line: Gift certificates can be a great source of short-term revenue, but won’t necessarily help you grow your business. To grow your business, you need a way to stay in contact with people after they make a purchase so you can build a relationship and keep them coming back.

Find out how SaveLocal can help.

What would you think of a Facebook search engine? Let us know in the comments.