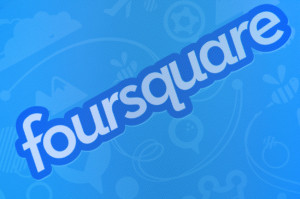 It’s Super Bowl weekend—are you ready for some football?!

No? Well, how about a roundup of this week’s hottest marketing stories?

This week, Foursquare introduced a new app for merchants that could change the way small businesses look at the location-based service.

Also, Twitter showed this week that even the biggest social networks have plenty of room to grow in 2013 and beyond.

Read about these top stories and find out why Facebook CEO, Mark Zuckerberg, now says Facebook is a “mobile company” in this week’s marketing news roundup.

This week, Foursquare announced a brand new app designed specifically for the more than one million businesses already using the location-based app to connect with customers.

The Foursquare for Business companion app will make it easier for business owners to share updates, see recent check-ins, turn specials on and off, and look at business data right from their mobile device.

To use the app, businesses will need to first claim their location on Foursquare.

Bottom Line: Foursquare has undergone some significant changes over the last year. By focusing on consumers-first, Foursquare was able to amass over 3 billion check-ins and plenty of valuable user information in the process.

Now, Foursquare has started using that information to help businesses discover their next great customer. The new app finally gives merchants some real control over the message they put forward. This was an important next step for Foursquare and is one that small businesses should be happy about.

For those businesses that haven’t claimed their location on foursquare already, now is a great time to do it!

2. Study says Twitter is fastest-growing social platform in the world

According to new research from Global Web Index, Twitter is now the fastest-growing social network in the world—outpacing both Facebook and Google+.

The number of active users on the site grew 40% from the second quarter to the fourth quarter in 2012—adding 288 million monthly active users.

Twitter users are also more engaged than ever before, with 58% of users accessing the site on a monthly basis.

Bottom Line: Twitter’s continued growth comes with both benefits and burdens for users and brands on the social network. The benefits are clear—with 21% of the worldwide population now actively using Twitter, the potential audience for your local business is larger and more engaged. But with over 340 million tweets being sent each day, the danger of information overload is also a growing concern.

As a business, your goal on Twitter should really boil down to three things:

3. Developing a thriving network over time to leverage when needed

By doing that, you’ll have the opportunity to cut through the noise that exists on Twitter and capitalize on the benefits of a growing social community. Here’s a simple approach to do it.

3. Events, TV, and customer feedback among the top user activities on Twitter

As part of the most recent data from Global Web Index—which found that Twitter is now the fastest growing social network—the study also included valuable insights into how people are using Twitter.

For desktop users, the top activities include:

For mobile users, the top activities include:

Bottom Line: It’s clear that Twitter users are doing a lot more than just posting about brushing their teeth or what they had for dinner. Twitter users are an active bunch that are using the platform for a number of activities.

If you’re a business or organization that plans a lot of events for example, Twitter has become a valuable tool for planning, promotion, and communication with event attendees.

Find out how to make your events more social with an event hashtag. Or download our free guide, Add Social Media to Your Event Strategy.

With the update, when someone tweets a photo, users can click on it directly from the newsfeed, search results, or that person’s profile page to view a larger version of the picture without being taken to another page.

The media gallery, which appears on the side of the screen of Twitter profiles, will now include video from the new Vine app, and partners like YouTube and Vimeo.

Users will also now have access to more related tweets when searching for a specific topic on Twitter.

Bottom Line: Twitter continues to make strides to break out of the perception that it’s a site designed solely for 140 character text updates. Not only will these updates make images and videos display more prominently on Twitter, but Twitter also says it will cut down on the sometimes slow loading times that come with looking at photos.

Also, don’t overlook the value of related tweets. The update to related tweets could go a long way in bolstering the type of conversations that take place on the site. Joining in on these conversations, rather than just posting your own updates, will help boost your visibility and could open your business up to a whole new audience.

Facebook also saw a steep increase in the number of users who are mobile-only. According to Facebook, 157 million monthly active users only access the site from a mobile device—up from 58 million this time last year.

Bottom Line: While announcing these numbers on Wednesday, Facebook CEO Mark Zuckerberg, acknowledged for the first time that Facebook is now a mobile company.

But it’s not just Facebook that’s feeling the influence of mobile. This week, I reached out to Contact Social Media Specialist Danielle Cormier to get her thoughts on how small businesses can adjust to the growing influence of mobile:

“Mobile is happening now, and it’s happening fast. As a small business, it’s important to check out your own website from your mobile device to see how it looks. Try searching for your business in Google, Yelp, Foursquare, etc and update your information where necessary. Also, when it comes to your marketing budget it’s a good idea to start thinking about how you can allot some of your funds to mobile. “

Listen to this week’s edition of the Speakeasy Marketing Roundtable to learn more.

We put together a free introductory guide to help you learn more about what each of these tools can bring to your business and why you should consider getting started.

What do you think of this week’s top marketing stories? Tell us in the comments below.