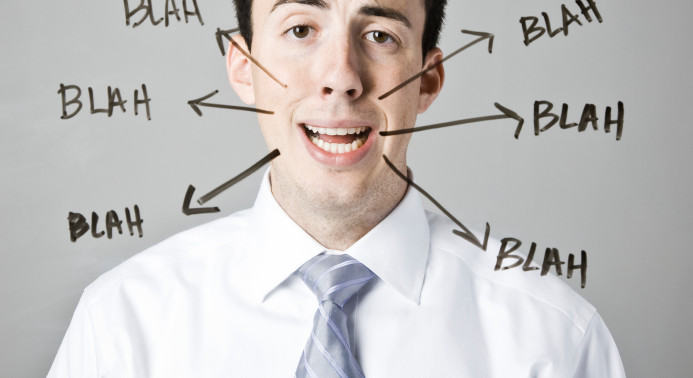 Have you ever been to a party with that guy?

You know the one. Blah, blah, blah. On and on about stuff no one cares about.

And all you really want to say is, “Would you just stop yapping and go away!”

Eventually, people just start to tune this person out. (Or at least head to the other side of the room.)

The same kind of thing happens with Facebook Pages.

If you’re continually posting about stuff and your fans aren’t engaging with the content, you run the risk of getting tuned out.

The kicker is that Facebook takes care of the dirty work by removing you from the news feeds of people it thinks would rather not be bothered by you — even though they’ve “Liked” your Page!

So to get the most from your Facebook Page you need to walk the very fine line of posting regularly AND not annoying anyone.

So what’s the ideal posting frequency? And how can you make sure your Page isn’t treated like that guy?

Facebook ranks the things you post along with how people respond to them. So, if you post something and your fans are “Liking” it, commenting on it, and sharing it, Facebook says, “Hey, that’s cool stuff, let’s make sure people see it.”

By the same token, if you post something and no one “Likes” it, comments on it, or shares it, Facebook puts that in the annoying, loser bucket, and says, “Let’s not annoy people with that stuff.”

Eventually, if the annoying stuff outweighs the cool stuff, you slowly start to disappear from your fans’ news feed altogether.

Making sure every post counts in the non-annoying way

I’m sure you’re probably hoping that I give you a steadfast rule for the number of times to post per day. Well, I am. Kinda. 🙂

You see, the truth is that there are no hard rules, only guidelines. This is because the answer varies based on who your audience is.

Start with the guidelines below and then make adjustments based on what you’re hearing from your fans. (Be sure to check your Page Insights to see what content people are engaging with.) Don’t listen to me or anyone else who tries to give you end-all-be-all advice.

Here are the guidelines

Look for opportunites to post up to once a day.

Don’t post unless you have something valuable to say.

Yes, Facebook actually does find some things less annoying than others

Luckily, we do know that Facebook weighs certain types of content a bit higher than others. Mainly, this is because the format of the content is more engaging by nature.

So think about using a photo for one of your posts, a video for the other, and a link that encourages people to comment.

Time your posts. Gauge the response and let that help you decide to post more or less. Do give engaging updates to your fans regularly. Don’t bother your fans with content that doesn’t engage, or else you run the risk of falling off the radar.

Have any additional questions? Post them in the comments below.