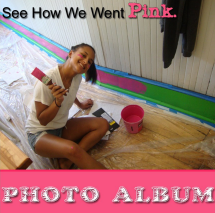 In 2004, Tim Burke decided to follow his dream and open a full-service restaurant.

He quit his job with enough savings to pay living expenses and initial business investments for eight months.

But when that final month passed, he sat down on the couch and ruminated. “I said to myself, ‘I sure am in a pickle,’” he recalls. From then on, Tim started thinking about a different kind of restaurant.

That moment of realization became the name of Tim’s eatery, In a Pickle, which is located in Waltham, Mass.

Nowadays, it’s not uncommon to find Tim’s business packed with loyalists, as well as newcomers that quickly become loyalists, no doubt due to menu items like the Caramel Crunch French Toast and the Chocolate Chip Cookie Dough Pancakes.

Aside from the restaurant’s unique dishes, Tim says that In a Pickle has always tried to take advantage of the latest technology trends, whether that means MySpace, Twitter, Facebook, or QR codes. Since 2008, he has used Constant Contact to keep in touch with customers about menu changes, specials, and contests.

In a Pickle’s strong online presence is what made it easy for him to show how the restaurant recently decided to recognize Breast Cancer Awareness Month — In a Pickle went pink! “We started with pink tshirts and I didn’t think that was a big enough splash,” Tim explains. “So I looked at the walls and we went from there. In the end, we decided to paint the restaurant.”

With seven people, the project took about four hours. “The staff was really excited to help out,” Tim says. Just like that, In a Pickle’s traditionally green walls were turned a brilliant shade of pink. Pictures of the project — including before and after shots — were posted on In a Pickle’s Facebook Page and tweeted to the restaurant’s followers — and included in the restaurant’s weekly email newsletter, too. In addition, the avatars and backgrounds of those social media accounts went from green to pink.

The response to In a Pickle’s efforts has been overwhelmingly positive, with dozens of people Liking the pictures of the newly pinkified restaurant on Facebook. And Tim says that In a Pickle isn’t finished spreading awareness for the month: “We’re going to ask customers to write the names of people who have been affected by breast cancer on our wall in the restaurant. If you can’t come in to do that yourself, you can post the name on Facebook or tweet it to us. We’ll put it up for you and send a picture.”

This isn’t In a Pickle’s first foray into charitable giving. Tim explains that his business and staff helps a different charity or cause every month. For November, they plan on donating at least 100 pies to Pie in the Sky, a fundraiser for hungry families in the Boston area.

In a Pickle’s close relationship with different charities has been made easier through social media. “With Facebook and Twitter, people can share the information with whoever they want,” Tim says. He believes that these sites can help bolster awareness for different causes more than ever before. For example, one person who sees In a Pickle’s sleek, pink look and shares a photo on her own Facebook wall will likely garner more responses — and support — than if the pictures just stayed on In A Pickle’s page.

Equally important is that In a Pickle’s Facebook and Twitter presences, plus its email newsletter, have allowed Tim to put a more fun and socially conscious face on his business. Customers can see that Tim and his team are committed to more than just serving up tasty dishes, and as a result, those diners may be more inclined to come into the restaurant to support the business because of that.

“It’s important that we got out there and did something,” Tim says, adding that he hasn’t yet figured out whether it will be as easy to turn the restaurant green again. But chances are good that few people will be upset if the changes are semi-permanent.

What causes does your business support, and how have you shared the story? Tell us here or on our Facebook Page.

How To Use Social Proof To Boost Your Online Marketing

Have you ever been scrolling through Instagram and been drawn to a product you’ve seen repeatedly? Have you ever felt compelled to stop at Read More >>

There are over 12.9 million women-owned businesses in the United States. And that number is drastically rising each year. In fact, between Read More >>