The other week my brother and I found ourselves in an argument. This is not particularly unusual, and this argument was about which is the superior Karate Kid film – the original or the remake. For me the answer will always be the original version starring Pat Moira and Ralph Macchio, for my brother (admittedly 11 years my junior) it was the terrible 2010 remake with Jaden Smith.

I found myself thinking more about what I disliked about the re-creation, and it turns out there were a few negative things that are common to all bad movie remakes. Surprisingly, these are the same mistakes that companies can often make with their marketing, and here’s why:  a classic movie, or at least a movie worthy enough to be made again, has got a strong brand – it’s when they mess with the brand that there is a problem.

So here you have it. Three tips to make sure your marketing isn’t en route to a blockbuster of a blunder:

1. Have a captive audience.

Do you want to know why they keep remaking films from the eighties? It’s because those films have already got a following, and so (however shoddy they are) people will go and see them anyway.

Now I’m not suggesting that your business is a badly made film, however there are ways that you can use the power of a captive audience for yourself.

For example, if you have an email list that you regularly send your newsletter to, then this is one place that captive audience exists, and people who follow you on social media would be another great captive audience.

Once you have these audiences in place, it’s really easy to get talking to them, get them excited about your next release (i.e. content piece, like a blog article) and they will keep coming back for more. Treat your business like a good film franchise (Ironman anybody?) and turn your customers into raving fans. That way they will always be eagerly anticipating your next communication!

A big frustration I have with movie remakes is that they just feel lazy. Don’t let the same be said about your marketing. This can happen if you keep putting out the same content again and again. Put it this way, there is a good reason why there is at least twenty years between big blockbuster remakes – people don’t want to see the same film every single summer. Why should it be any different for an email newsletter or a social media campaign?

People will soon tune out if you keep on putting exactly the same things in your emails, on your social media pages and on your blog, – especially if you are trying to sell them something. If your audience is tuned out, you will be lost in the noise, just another email clogging up their inbox or Facebook post intruding on their newsfeed.  People will unsubscribe from your mailing list and your social media following will shrink.

However, it’s actually a good idea to reuse content in different ways. For example, repurposing part of a blog post to be an article in an email newsletter, or turning one tip from a list featured on your Facebook Page into a tweet, is a great way to save yourself time and resources. However if you are saying the same thing, in the same way, week in and week out you will run into trouble.

3. Be an authentic original.

A big reason why people take issue with poorly reworked movies is because they aren’t authentic to the original. Watching the newer Karate Kid with my brother, I was waiting for the iconic wax-on, wax-off scene to happen. It was a crushing realisation as the credits rolled that this scene hadn’t made the cut.

One of the problems that people have when it comes to marketing themselves online, is that they aren’t authentic and try to sounds like someone they aren’t. It rarely works, and your customers usually see through it.

An example of online authenticity is Jimmy’s Iced Coffee (a business that is, unsurprisingly, run by a man called Jimmy and they sell Iced Coffee). The reason why they have been so successful, so quickly is because Jimmy’s personality is firmly invested in their brand. He runs their social channels and it is a joy to behold. However if someone tried to copy how he has does this it wouldn’t work, it would be inauthentic.

Tip: Being yourself is one of the easiest ways for people to know, like and trust your business. Have a common tone across social channels – click to tweet this tip!

Movies will continue to be remade and people will keep going to see them, so there are plenty of films ahead of us for my brother and I to disagree about. However, a business that is sadly rehashing its dated marketing campaigns month after month will have no one queuing to get through its doors. Remember though, it doesn’t have to be that way – your business can be a cult classic too!

You don’t have to be a blockbuster of a business to benefit from our marketing tools. In fact they are made especially for small businesses, the indie movies of our high streets and home offices! Start your free 60-day trial of Constant Contact today. 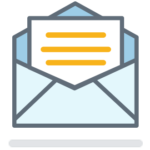 Is email marketing right for you?

See why smart small businesses use email marketing to drive more business. We'll show you exactly what it can do for you, and ten tips to get started.

By entering your information, you permit us to reach out to you in the future.

Former Marketing and Communities coordinator at Constant Contact UK. I blog about things social media related (and other cool stuff) and keep our social feeds up to date with loads of useful stuff for you and your business. I am also a part time mountain climber, cricket fan and font enthusiast.

Digital Marketing for Manufacturers: 5 Must-Haves for Getting Started

You know how important it is to reach new patients and keep your practice growing. It’s something all healthcare providers have to think Read More >>