Should Small Businesses Care About Vine from Twitter? And Other Hot Topics 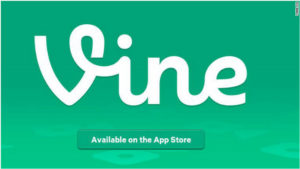 In case you hadn’t heard, Twitter released a cool new app this week that allows users to snap videos and easily share them across their social networks.

It’s already been dubbed, the ‘Instagram of video’ and, of course, marketers are taking notice. But should small businesses care?

Plus, Facebook is now not only the most popular social network in the world but also the most visited mobile app in the US.

Read about these top stories and find out why Facebook’s decision to only show your content to 16% of your Fans may have a silver lining in this week’s marketing news roundup.

1. Facebook is now the most popular mobile app in the US

According to new data from ComScore, Facebook is now the most visited app by mobile users in the US. In December, the Facebook app had 85.5 million monthly visitors—up from 65 million in March 2012.

Facebook also leads when it comes to the amount of time mobile users are spending on the app. According to the most recent data, Facebook mobile activity now accounts for 23% of total time spent on phones and tablets.

Bottom Line: With 60% of Facebook’s 1 billion users now accessing the site via a mobile device, it’s no secret that Facebook has a huge presence on mobile.

As a result, businesses have had to adjust their social media marketing strategy to speak to an audience on-the-go. The text-heavy posts of the past no longer work when it comes to engaging your audience on Facebook.

Today, businesses need to diversify their content with photos, videos, and links, because all of that will help you stand out in a mobile newsfeed.

When using text, keep in mind that after 160 characters your text will be cut off—so it’s important to be concise and to the point. It’s also important to encourage participation. Questions are a great way to catch a mobile user’s attention and get them to take the time to share their input.

With 70% of mobile users (compared to 40% for desktops) returning to the site on a daily basis, mobile presents a huge opportunity for small businesses on Facebook.

On Thursday, Twitter introduced Vine, a new service that allows users to create and share looping videos on mobile.

Twitter acquired Vine in October 2012, but formerly announced the new software for iOS users this week. With the new app, users can take videos up to 6 seconds long and have the ability to start and stop recording to include different scenes.

“Like Tweets, the brevity of videos on Vine (6 seconds or less) inspires creativity. Now that you can easily capture motion and sound, we look forward to seeing what you create.”

Bottom Line: It didn’t take long for marketers to start thinking of ways that Vine could be used to help businesses communicate their message online.

And while Vine may not completely shake up the social media marketing world, it does present a cool opportunity for businesses looking to try something new. It’s also a much-needed reminder that Twitter—despite popular belief—is about a lot more than 140 character, text-only posts.

This week, a post from the PostRocket Blog provided a fresh perspective on Facebook’s controversial EdgeRank algorithm.

Over the past few months, a lot of people have been critical (to say the least) of EdgeRank and how it has limited the visibility of posts on Facebook. And while much of that criticism may be justified, the author argues that EdgeRank may not be all bad for businesses on Facebook.

Here are the three arguments put forward by the author in the post:

1. Twitter proves that an unfiltered, context-less feed is less engaging

2. EdgeRank personalizes frequency based on action

Bottom Line: This week, I reached out to Danielle Cormier, social media specialist for Constant Contact, to get her thoughts on EdgeRank. She said:

“I think EdgeRank is good for small businesses if they can create quality content. Those who can create good content will be able increase their visibly even if their fan base is small.”

While it may be a tough pill to swallow, EdgeRank does have a silver lining for small businesses on Facebook. By creating great content,you have an opportunity to generate the type of reach you really want on Facebook.

Creating valuable content doesn’t need to turn Facebook marketing into a full-time job, either. Here are some resources to help you get started:

4. Restaurant owners tell patrons to put the smartphones away

Some New York City restaurant owners are pushing back against the growing number of patrons now using smartphones to snap photos in their restaurant.

This story, which was printed in the New York Times on Wednesday, has gained a lot of attention throughout the week and has become part of the ongoing debate on how business owners should handle the sometimes disruptive nature of technology.

According to the story, a number of restaurants have started to ask people to turn off the flash on their mobile devices, while others have instituted informal bans.

Bottom Line: Finding an answer to this ongoing debate won’t be easy…especially in industries like restaurants, where food photography has become extremely popular amongst customers.

But for businesses looking to grow their presence online, it’s important to understand that all this mobile activity does have a major upside for your business.

When it comes to photos, keep in mind that:

If you’re a business owner who has been frustrated with the growing presence of technology in your place of a business, check out how you can turn things like customer photos into a positive for your business.

What top stories caught your eye this week? Let us know in the comments.